The rates of breast reconstruction are rising internationally. Breast reconstruction has been shown to have psychological benefits for patients. Autologous reconstruction is becoming very popular as it uses the patient’s own tissue. It is also a better option compared to prosthetic implants if adjuvant radiotherapy is required.

During autologous breast reconstruction, a flap of tissue is transferred from elsewhere in the body, from sites such as the abdomen or the thigh. The vessels require anastomosis to native vessels in the region of the breast. The recipient vessels for anastomosis are usually the thoracodorsal or the internal thoracic vessels [also known as the internal mammary (IM) vessels]. Other secondary options, though rarely used, include the thoracoacromial and the lateral thoracic vessels (1). In recent years, the use of perforators of the internal thoracic vessels has become popular. Great debate surrounds whether or not they should be used as recipient vessels as opposed to the conventional main vessels. In this article, we discuss the advantages and disadvantages of the recipient vessels in microvascular breast reconstruction. A review of the literature was performed, with relevant articles obtained from SCOPUS and Medline. We present the following article in accordance with the Narrative Review reporting checklist (available at http://dx.doi.org/10.21037/abs-20-50).

The ITA is a branch of the subclavian artery. It passes inferiorly and 1–2 cm lateral to the sternal border, dividing into its terminal branches at the level of the sixth rib. Its terminal branches are the superior epigastric artery and the musculophrenic artery. In addition to these terminal branches, the ITA gives off medial and lateral branches. The medial branches give supply to the area surrounding the sternum. The lateral branches include the anterior IC arteries, which supply the ribcage, with two branches to each IC space. The branches at the lower IC spaces are larger, with the largest being in the 5th and 6th IC spaces (7). Laterally there are also branches to pectoralis major. Also, arising from the lateral border of the ITA, the anterior ICs or the muscular branches are cutaneous perforators that supply the skin. The ITA gives blood supply to approximately 60% of the breast parenchyma (12). The cutaneous vascular territory of the ITA extends from the midline medially to the mid-clavicular line, two to three centimeters lateral to the nipple laterally. Cranially, it extends to the inferior border of the clavicle. The caudal border of the skin territory supplied can vary between the ninth rib to the umbilicus (7).

There are however disadvantages to using internal thoracic vessels for free flap anastomosis. In order to anastomose the free flap pedicle to the internal thoracic vessels, a section of cartilage is often removed in order to gain access to the vessels. There are multiple methods to remove the rib, but often the methods described by Haddock et al is employed, with removal of the cartilage piecemeal with a rongeur until the posterior perichondrium is exposed (13). Rib resection can be quite painful, and resection of cartilage and surgery in this area may result in chronic IC neuralgia (14). Pain can result in post-operative atelectasis due to a reduction in deep breathing (15). Another potential disadvantage of cartilage or rib resection is that it may result in a contour deformity on the chest wall (10,16). This may require fat grafting to correct (17). One benefit to rib resection is that the cartilage can be banked and subsequently used during nipple reconstruction to give the nipple support (Figure 1) (18). 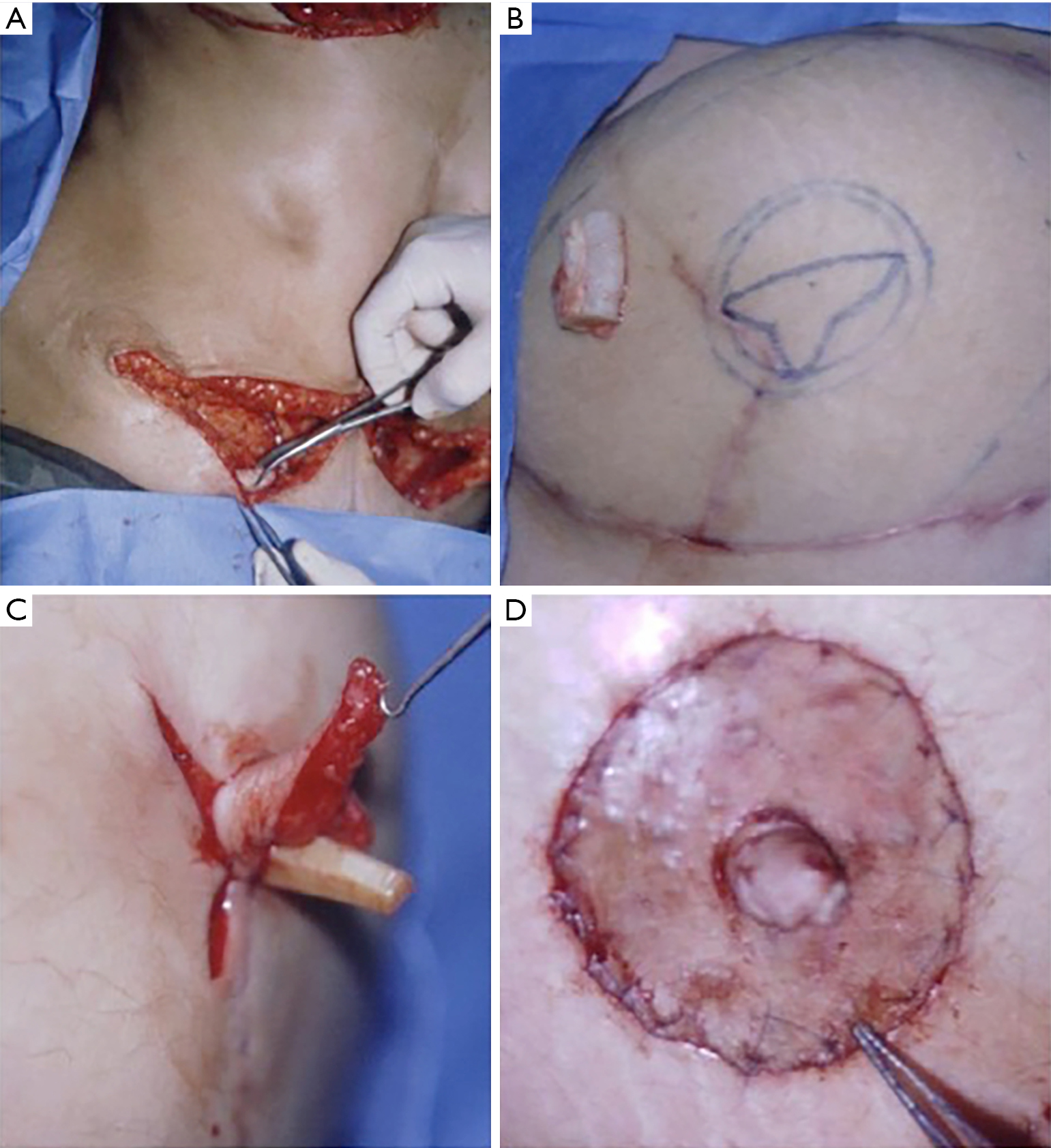 Figure 1 Costal cartilage banking and use in nipple reconstruction.

Of note, there is however a rib sparing technique that can be performed that prevents a contour deformity and results in less pain. This involves elevating an area of the IC muscle in the second or third IC space (9,10). The second IC space is the largest IC space (19). This may not be feasible in the presence of a bifid rib (20). In the case of the patient who has had previous radiotherapy however, the segment of ITA that is behind the rib has less damage due to the radiotherapy, which may be more reliable for anastomosis (21). In dissecting out the ITA vessels a pneumothorax may also occur (22). Another, more disadvantageous sequelae are that using the internal thoracic vessels for free flap anastomosis would mean the vessels would be removed as a potential donor for coronary artery bypass grafting. Radiotherapy is a common adjunct to treatment of breast cancer. These patients are at higher risk for coronary artery disease due the effects of radiotherapy on the cardiac vasculature. This may mean this cohort of patients may need coronary artery bypass grafting in the future (23). The ITA is the vessel of choice for surgeons performing bypass grafting (24). Sacrifice of this vessel may also lead to complications in sternal wound closure during cardiothoracic surgery (25). Performing an end to side anastomosis from the flap to the ITA, the vessel can be potentially preserved for future bypass grafting (26). End to side vessel anastomosis is not associated with an increased risk of flap associated complications, however it may lead to increased flap ischaemia time and increased costs associated with the procedure (27). Anastomosing the free flap pedicle at the 4th or 5th IC space can also preserve the ITA for future bypass grafting (28). The ITA, with a segment of the DIEP pedicle could also be used for coronary artery bypass grafting (28).

The use of a perforator of the ITA for free flap anastomosis during autologous breast reconstruction was first described by Guzzetti et al. in 2001 (29). Perforator flaps have become increasingly popular compared to musculocutaneous flaps as they significantly reduce donor site morbidity. By moving from main vessel to the use of perforators when choosing the recipient vessels, morbidity can also be reduced. Using perforators from the internal thoracic removes the need for resection a segment of cartilage. This reduces exposure and vessel preparation time and thus the duration of the operation. It also reduces the amount of post-operative pain (30). The vessels are then also still available for potential future coronary artery bypass grafting. The anastomosis may also be technically easier as the excursion of the vessels due to respiratory movements and the beating heart is dampened compared to the ITA, which is in closer proximity to the lung and there is more room to perform the anastomosis (2,29). The arterial or venous anastomosis can be performed conventionally by suturing. They can also be successfully performed using a coupler device (15). This can reduce flap ischaemia times. The tunica media of the ITA perforators are less affected by atherosclerotic degenerative change when compared to the main ITA vessels (31). This may make the vessels more reliable for anastomosis. The use of perforators in comparison to the main IM vessels is not associated with increased flap site complications (32).

The main issue with using ITA perforators is the caliber of the vessels. It can be technically demanding as the vessels can be small (30). This is particularly true for the thin walled perforating veins (32). The quantity of blood flow to the flap may be of concern with small diameter recipients. There may also be vessel size mismatch between the flap pedicle and the recipient vessels (2). A concomitant vein may not always be present with the perforating artery (8). An adequate recipient perforator may only be present in 27% to 63% of patients (6,32,39,40). The lower perforators may also have been sacrificed at the time of mastectomy. Preservation of perforators may be achieved in collaboration with the breast surgeon at the time of oncological resection of the breast (2,8). Also, with increased familiarity and experience with identifying and performing perforator anastomosis, the rate of successfully identifying a suitable perforator can improve (40). There is also concern that sacrifice of the perforators may compromise the mastectomy skin flaps, which may lead to skin necrosis, however it has been shown that skin necrosis rates are comparable between the use of the main vessels and perforators (32). The use of perforators may also not be suitable if a perforator flap with a short pedicle is used, such as the superior gluteal artery flap, as the pedicle may not reach the second or third IC space when the flap is placed at the desired position (40).

In conclusion, the main internal thoracic vessels are still the most commonly used vessels for free flap anastomosis during autologous breast reconstruction as the internal thoracic perforators vary in caliber. We would recommend assessing for the presence of adequate size perforators at the time of reconstruction, as the use of these can negate morbidity associated with the resection of ribs or cartilage. Attempts to localize perforators are certainly justified in order to preserve the IM vessels for future potential bypass grafting. If adequate vessels are present, these should be the microsurgeon’s preferred option. In the absence of adequate perforating vessels, the main internal thoracic vessels should be used.

Ethical Statement: The author is accountable for all aspects of the work in ensuring that questions related to the accuracy or integrity of any part of the work are appropriately investigated and resolved.