The lifetime risk of developing breast cancer for a woman is approximately 12%, and the treatment of this pathway often includes mastectomy, which can lead to feelings of mutilation, decreased self-esteem, and loss of femininity (1-3). Thus, an important part of breast cancer therapy is reconstruction (4), which can be accomplished with either synthetic or autologous implants. Deep inferior epigastric perforator (DIEP) flaps have become the gold standard in autologous breast reconstruction (3,5-7). DIEP flaps are created from harvested abdominal subcutaneous tissues along with the associated perforating inferior epigastric vessels, while sparing the rectus abdominis muscle, and then translocated into the breast to replace the tissues removed during mastectomy and restore breast symmetry (7). While originally created for reconstruction after a total mastectomy, advances in technique and technology have made it possible for these flaps to also be used in both skin-sparing and nipple-sparing mastectomy, typically immediately post-mastectomy (primary), and less commonly, in the months following the procedure (secondary) (5,7-9). Here, we present a 52-year-old female with a history of bilateral nipple-sparing mastectomy who received a delayed breast reconstruction with free DIEP flaps one year post-procedure. Her case is unique because of the reconstruction timeline—her DIEP reconstruction took place sixteen months after a bilateral nipple-sparing mastectomy, which allowed adequate time for further therapy and recovery. Most DIEP reconstructions after nipple-sparing mastectomy occur immediately or soon after the initial procedure; however, there is no standardization on the timing of reconstruction in the setting of adjuvant therapy (10). We present the following article in accordance with the CARE reporting checklist (11) (available at http://dx.doi.org/10.21037/abs-20-60).

A 51-year-old G3P2 female presented in December 2017, with 2.1 cm right upper outer quadrant mass and a 1.3cm right axillary lymph node on screening mammogram, with no suspicious lesions in the left breast. The presence of the mass was confirmed with ultrasound, and biopsy revealed a grade 3 invasive mammary carcinoma and a benign lymph node. In January 2018, the patient underwent bilateral nipple-sparing mastectomy (via inframammary incisions) with right axillary sentinel lymph node biopsy, which was completed without complication, and bilateral tissue expanders were immediately placed. Post-operative pathologic staging was stage IIa, T2N0M0G3, ER 1%, PR 0%, HER2/neu negative invasive adenocarcinoma of the right breast. The patient was initially offered silicone implant breast reconstruction, which she declined. Thus, the patient began the first of four cycles, each dosed at 1 mg × 150 taxotere and 100 mg × 12 cyclophosphamide (TC) chemotherapy in January of 2018 and finished in April 2018.

After completing chemotherapy, the patient elected to undergo autologous breast reconstruction. Bilateral DIEP breast reconstruction was completed without complication in May 2019. To date, the patient continues to show no signs of breast cancer recurrence and expresses satisfaction in the aesthetic outcome of the procedures (see Figures 1-3). The patient experienced no adverse or unanticipated events during the course of her treatment (see Figure 4). 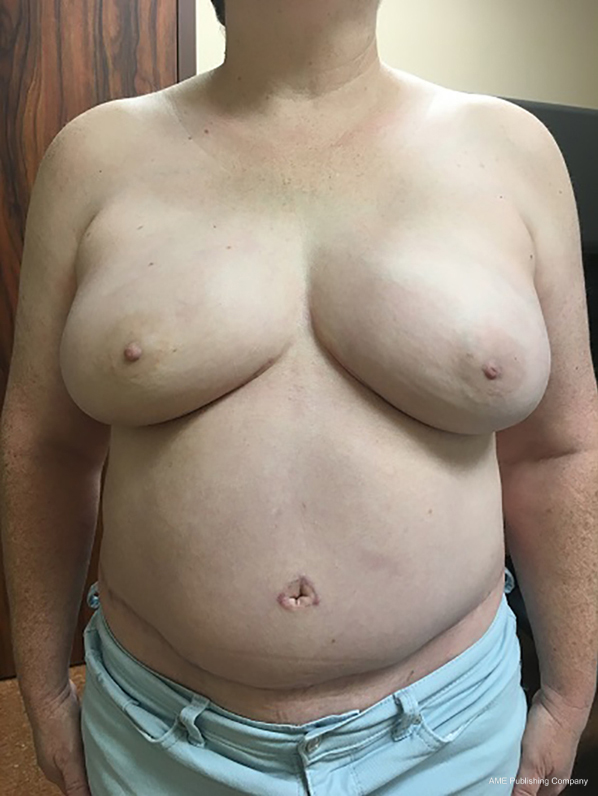 Figure 1 A straight-on photograph of the patient 7 months post-operatively. 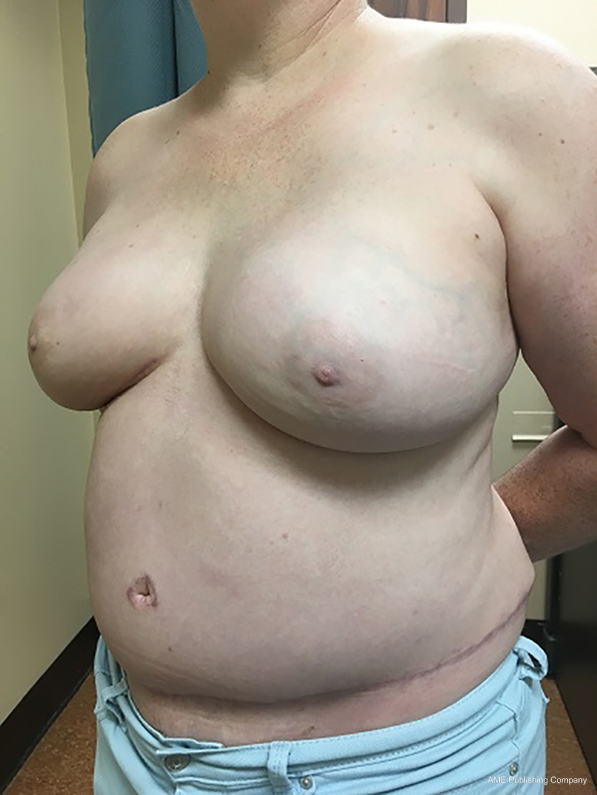 Figure 2 A left-sided photograph of the patient 7 months post-operatively. 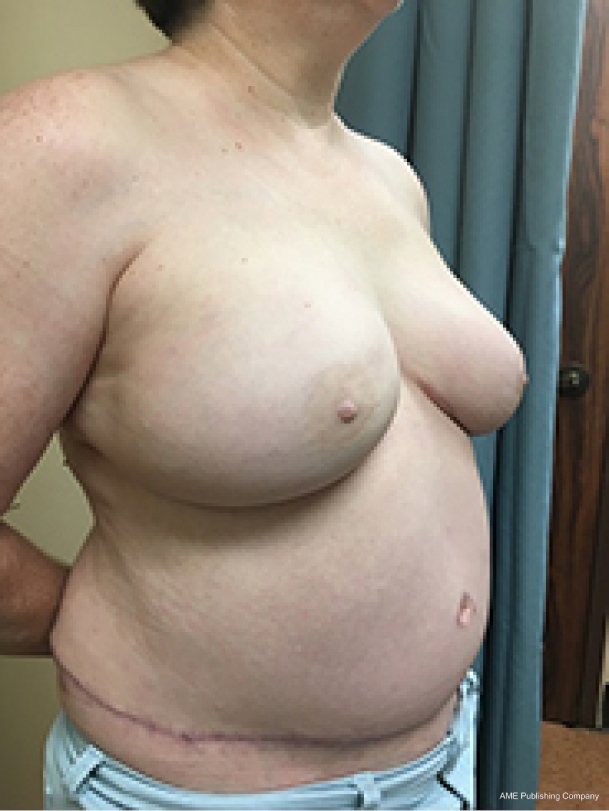 Figure 3 A right-sided photograph of the patient 7 months post-operatively. 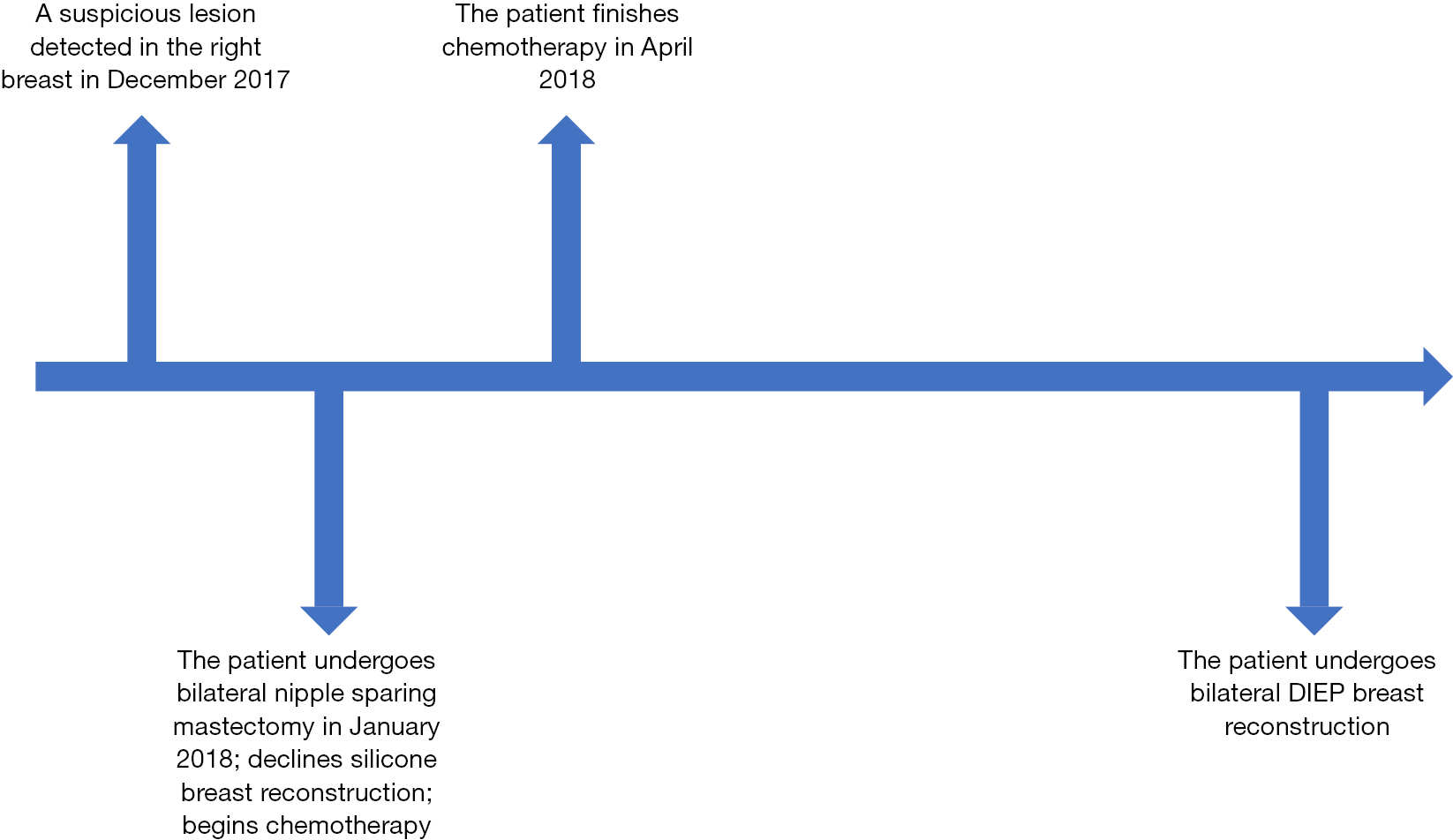 She has consented to images and other clinical information related to her case to be reported in a medical publication. All procedures performed in studies involving human participants were in accordance with the ethical standards of the institutional and/or national research committee(s) and with the Helsinki Declaration (as revised in 2013). Written informed consent was obtained from the patient.

From this patient’s experience, we conclude that secondary DIEP flap reconstruction after nipple-sparing mastectomies is an acceptable treatment pathway in breast cancer patients and may be preferable for outcomes in cases that require postmastectomy radiation therapy.

The strength of this case report is the documentation of an uncomplicated case with good outcomes that describes a technique of secondary DIEP flap reconstruction in a bilateral nipple-sparing mastectomy. The limitations of the study are similar to limitations of all case studies; it is limited to a single patient and is therefore not generalizable to the entire population. However, it does provide an example of a non-habitual reconstructive technique for further studies.

Reporting Checklist: The authors have completed the CARE reporting checklist. Available at http://dx.doi.org/10.21037/abs-20-60

Conflicts of Interest: All authors have completed the ICMJE uniform disclosure form (available at http://dx.doi.org/10.21037/abs-20-60). The authors have no conflicts of interest to declare.

Disclaimer: The opinions and assertions contained herein are those of the authors and do not reflect those of the Uniformed Services University, the United States Army, or the Department of Defense.